Alliance Centropolis will occupy a 20,000 m2 space ( 420, 000 sq.m construction area) at the very first line to the sea, right in the middle of seafront promenade (“boulevard”), which creates the biggest human traffic during the season period. Alliance Group demolished the 13-storey, unfinished building that had been lying abandoned for two decades, damaging the cityscape and the local environment. Instead, the company will develop the first energy-efficient shopping and business centres in Batumi, which will be a hub for Georgia’s MICE tourism. Alliance Group will invest $380 million in the Alliance Centropolis.

Alliance Group was the first construction and development firm to build a modern residential complex in Batumi in 2005, first to implement the aparthotel concept in 2008, and first to incorporate international hotel brands into mixed-use complexes in 2015. The company has already invested more than $200 million in various large-scale projects in Adjara that have already been completed. A further 645 million has been invested in the ongoing projects, which includes development of multifunctional complex franchises in cooperation with international hotel networks, such as Marriott International and Wyndham Hotel Group as well as others.

In total Alliance Group’s investment in past and ongoing projects is $845 million.

“We think long-term, we develop sustainable and resilient projects, we create mind-sets. For the past 15 years, Alliance Group has been an innovator in constructing the first modern residential development in Batumi, launching apart-hotel concept in the country, bringing international hotel brands in mixed-used complexes, announcing wellness tourism in Kobuleti, also first international vacation exchange network for all our projects. Last but not least, Alliance Group steps in MICE tourism, adding a significant value to the country’s tourism sector as well as whole economy,” noted Songulia.

Along with MICE tourism, as CEO of Alliance Group explained, the Alliance Centropolis is valuable for its sustainable concept. “In tourism cities like Batumi, it’s essential to develop eco-friendly projects. At Alliance Group, we care about environment,” declared Akaki Songulia. According to him, at the Alliance Centropolis Alliance Group will develop recreational infrastructure, energy consumption will be reduced to a minimum, which on its part will reduce CO2 emissions by 6500 tonne a year that would require 32 000 trees.

According to World Trade Centers Association (WTCA), Batumi will be able to attract new business and trade partners from around the world that share the same vision. As one of Georgia’s largest port cities and given its importance for the Georgian tourism industry, a presence in Batumi will be a wonderful addition to the WTC network.

“Batumi has a new potential. It is becoming an international hub for the meeting industry,” said CEO of Alliance Group.

Alliance Group will complete its new innovative and energy-efficient project, the Alliance Centropolis, which is going to be Georgia’s first international MICE Hub, by 2024. 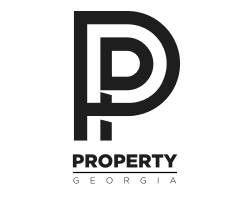